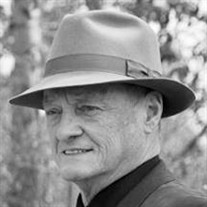 Nov 1, 1943 &#8211; February 10, 2016 On Wednesday, February 10, 2016 Brian Lyttle of High River died peacefully with his loving family by his side. Brian had been dealing with lung issues for about 40 years. Brian will be ever missed by his... View Obituary & Service Information

The family of Mr. Brian Patrick Lyttle created this Life Tributes page to make it easy to share your memories.