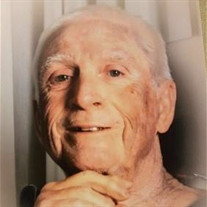 Mr. Charles (Chuck) Haines of Nanton, Alberta passed away on January 12, 2018 at the age of 71 years. His greatest pride was his family of 4 children, 8 grandchildren & 2 great grandchildren. Chuck is survived by his loving wife Lynne Haines (Wevers) of 50 years and his children Lorelei (John), Martin (Michelle), Katherine (Calvin), & Bill. Grandchildren Courteny, Taylor, Craig, Bryden, Leah, Christina, Sam, & Kennedy. Great grandchildren Erik & Jackson. Siblings Donna (Chuck), Ruth & Joy (Brigitte). He will be missed by large extended families in both Eastern and Western Canada. Chuck was born in Brantford, Ontario and grew up as “Bill” in an armed forces family and had an adventurous youth living on multiple armed forces bases. As a teenager he was an avid athlete playing hockey, baseball and football among other interests. He played linebacker for his High School Football Team winning the Provincial championships in Saskatchewan for two consecutive years and he played Junior B hockey in Ontario before joining the RCMP in 1965. He was a member of the Musical Ride and rode the Queens Guard before being posted to High River detachment in 1966. He won a pistol marksmanship competition and was well known by his peers for his accuracy with a pistol and his ability to calm a rowdy situation when called upon. He left the RCMP to become one of the first two Highway Patrol officers in Alberta and went on to a long and distinguished career with Motor Transport Services retiring as the Director for Southern Alberta after 30 years of distinguished service in 2005. He retired to Nanton with Mom to fulfill their dream of returning to the beautiful foothills of Southern Alberta where they began their life together. Chuck and his family would like to thank the amazing staff at the High River Hospital Palliative Care who opened their hearts to Chuck and his wife Lynne and their family as Papa’s journey came to an end. A special thanks to his buddy Delbert for his friendship during Papa’s stay in High River. Endless compassion and love was shown by all who worked with Papa and for this we are forever grateful. A special thank you to Sheila, Sheri, Ally, Tanis, Ivy, Barb, Brenda, Tannis & Wyan – and for all of the excellent staff (too numerous to mention) on Long term care who made Papa’s last days comfortable. A Memorial Service was held on Friday, January 19 at the Christ Church Anglican Lutheran Church, 2302 - 20 St S. Nanton, AB Memorial Donations can be made to the High River District Health Care Foundation, 560 – 9th Avenue SW, High River, AB T1V 1B3, www.highriverhealthfoundation.ca To send condolences and view Charles’s Tribute Page please visit www.lylereeves.com . Caring for the family is Lyle Reeves Funerals of High River (Craig Snodgrass) 403.652.4242.

Mr. Charles (Chuck) Haines of Nanton, Alberta passed away on January 12, 2018 at the age of 71 years. His greatest pride was his family of 4 children, 8 grandchildren & 2 great grandchildren. Chuck is survived by his loving wife Lynne Haines... View Obituary & Service Information

The family of Mr. Charles "Chuck" William Robert Haines created this Life Tributes page to make it easy to share your memories.

Mr. Charles (Chuck) Haines of Nanton, Alberta passed away on...