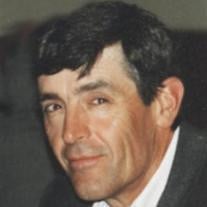 Mr. Denny Hartley Loree passed away suddenly near St. Brieux, Saskatchewan on May 12, 2012 at the age of 59 years. Denny is survived by his loving wife Joan; son Mackenzie; mother Donna Dunn. Denny is also survived by a large extended family Grant (Wendy) Loree, Murray (Deb) Loree, Brenda (Dave) Harris, Catherine (Dean) Fontaine, Janie (Del) Lucas, Suzanne (Don) DePaoli, Fran Randle, Jim Randle, Maureen Peck, Hugh Dunn, Jennifer (Steve) Fraser; nephews & neices Justin, Brett (Amanda), Dayne (Jocelyn) Loree; Landon Harris; Aylsha, Madison and Shea-Lyne Fontaine; Corrie, Jan-Del and Noel Lucas; Colter and Steele DePaoli; Quinn, Tyler and Matt Reihs; Mitch Randle; Jody Peck; Tyson, Rachel and Tara Dunn as well as his special cousins John, Ben and Wayne Loree. Denny was predeceased by Lloyd Loree, Denny Dunn, George Randle and June Randle. Denny was born on February 9, 1953 first child of Lloyd & Donna Loree. Denny lived his whole life on the farm a few miles from Nanton. He always knew what he wanted, and being of that farm was a huge part of it. He loved Nanton and his farm. His bright positive attitude, honesty & integrity developed lasting friendships. He loved animals and had a kind and gentle way with all. Denny loved ranching & farming and took great pride in all his work. He loved to finish what he started. He was confident and gentle and had a way of bringing esteem to people and animals. It wasn’t a coincidence that he had a great horse, kind dog and a cat on his knee. Denny got his education in Nanton, Claresholm and Olds College. He played sports, went to 4-H, belonged to Promoters and supported his communities. He was the President of the Feeder Association and loved being part of the Mossleigh community. Farming there gave him the opportunity to embrace a whole new group of great people. Being a good citizen was important to him. Denny & Joan were married on July 22, 1978, he was a strong, gentle and loving partner. Mackenzie was born in 1983 and the three of them became a powerful team. They worked hard, played hard, supported each other, and built an amazing life. Denny was a natural teacher and had a powerful, positive influence on so many people. Everyone who worked with him and for him, loved him. Life took a whole new meaning when he got his pilots license and at the age of 50 he soared. He never stopped studying and improving his skills. He was the most amazing aviator. His quiet confidence, enthusiasm and responsible nature was a perfect match to be a good pilot. His passion for flying was unexplainable. It’s what he thought about, read about and talked about all of the time. He flew almost every day and logged over 1000 hours in ten years. He truly was a man living in his bliss. The loss of this great person is beyond sad. All who knew him, loved and respected him. We have lost a great one. A Celebration of Denny’s life was held on Thursday, May 17th at 2:00 p.m. at the Nanton Lancaster Museum. If desired, memorial contributions may be made to the Bomber Command Museum, Box 1051, Nanton, Alberta, T0L 1R0.

The family of Mr. Denny H. Loree created this Life Tributes page to make it easy to share your memories.