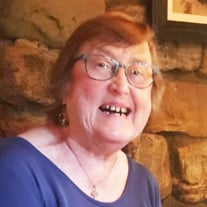 Cam, Catherine, and Barry are saddened to announce the passing of our loving wife and mother. Dianne is predeceased by her parents Jock and Betty Greig, as well her nephew Michael King. Dianne is survived by husband Barry, son Cam and daughter Catherine. She is also survived by her brother Robert, wife Pearl Greig; her chosen daughter Kate Askier, and her children Jackson, Hannah, and Charlie from Fresco TX. Dianne is also survived by the extended King family of brother-in-law John, wife Vickie their children Marty (Cathy), Dale (Tina), and Trevor (Becky) and their grandchildren; brother-in-law Sheldon, wife Gail their children David (Stacey), Brian (Annie) and Karen (Will), their grandchildren. Dianne was special to her many cousins, including the Holmes families of Cochrane and Balzac, and the Scott families of Revelstoke. Throughout her life, Dianne was always loved and supported by her dear girlfriends, near and far. Dianne was born and raised in Calgary. Her parents farmed south of Ogden. She attended Cee Pee R and Maryland schools. She also attended school at Rosedale, near Drumheller, as her mother was a teacher there. Dianne and Cam joined the King family and soon became an important part of the family farm. She kept up the King’s tradition of feeding strays, both two and four-legged. You never left hungry from Dianne’s table. Besides being an incredible cook and hostess, she even churned the butter when the family milked a cow. Dianne enjoyed reading and loved her flower gardens. Dianne always said: “Don’t bring flowers to my funeral, bring them to me while I’m alive!” Along with raising her family, Dianne had many careers including working at a law publishing firm, Phil’s Pancake House, Chinook Flying Service, Von Van Aviation Chinook where she caught the flying bug – not as a pilot, but as a passenger. She was a part-time stewardess on chartered flights. She soon realized a private plane gave access to many opportunities for travel. This is where she met her husband Barry, and his 25 year-old Cessna 182. Cam joined them on flying trips to Mexico, and soon Catherine joined the family on her first trip. At 3 months of age Catherine’s Grandmothers thought they were crazy. However, she survived and thrived. Dianne travelled many times to Mexico, where she said it was the only time Catherine gained weight. Dianne also enjoyed travelling by herself. She helped coordinate a trip to Fiji and built houses with Habitat for Humanity there; a trip to Scotland & Wales to visit the Iona community; as well a girl’s trip to Costa Rica. The family also enjoyed many trips to the west coast of British Columbia, as far north as Bella Coola. Dianne was raised in the Nazarene Church and was also an active member of the High River United Church, raising funds for charities such as Hola Mexico, helping with Simple Suppers, the Prayer Circle, Refugee settlement program, participating with the UCW and as a CGIT leader. Her deep Christian faith enabled her to be a rock in the midst of many challenges that would come her way in life. "Prayer is not a stratagem for occasional use, a refuge to resort to now and then. It is rather like an established residence for the innermost self. All things have a home; the bird has a nest, the fox has a hole, the bee has a hive. A soul without prayer is a soul without a home." - Rabbi Abraham Joshua Heschel. recently received with love and peace from her dear friend the Rev. Murray Etty. In lieu of flowers, Dianne’s family suggest that any donations be made to a cause dear to Dianne, continuing a legacy of supporting the Mendoza family in Mexico.Cash or cheques may be made payable to Barry King (marked Hola Mexico on the memo line), to address RR 1, High River Alberta, T1V 1N1. The family graciously thanks you for your support of this cause. The family would like to thank everyone at the High River Hospital for the generous and kind care that Dianne received from all, during her stay there. A Funeral Service was held on Thursday, July 15th at 11:00 a.m. at the Highwood Memorial Centre, 128 – 5th Avenue SW, High River, Alberta. Caring for the family is Lyle Reeves Funerals of High River (Craig Snodgrass) 403.652.4242.

Cam, Catherine, and Barry are saddened to announce the passing of our loving wife and mother. Dianne is predeceased by her parents Jock and Betty Greig, as well her nephew Michael King. Dianne is survived by husband Barry, son Cam and daughter... View Obituary & Service Information

The family of Mrs. Dianne Carol King created this Life Tributes page to make it easy to share your memories.

Cam, Catherine, and Barry are saddened to announce the passing...