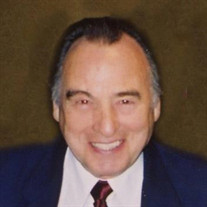 It is with deep sadness that we announce the passing of Frank Warren, at the age of 84, at the Foothills Country Hospice in Okotoks, Alberta. He passed away peacefully after a battle with cancer. His is survived by his loving life-partner of 27 years, Anne of High River; his only son Allan (Bonnie); Grandson Austin of Calgary; Step-son Ian Cumming (Amy Lothrop); and his extended family of Pickering, Ontario; two brothers Morris (Margaret) of Perth, Australia and David of Glasgow, Scotland; sister Celia (Robert) of Glasgow, Scotland along with many nieces and nephews and Anne’s extended family. He was predeceased by his parents, first wife Marian, and a sister-in-law Elizabeth Warren. Frank was born in Glasgow, Scotland. He was a furrier by trade, however, he spent most of his life in sales. In 1967, he moved his young family to Toronto, Ont., and finally settled in Calgary, where he worked for Sears Canada until his retirement. Frank and Anne retired to High River in May 1999, where he enjoyed golfing; working as a Starter for a few years. He also enjoyed dancing, bowling, and playing cards. He had a beautiful Tenor voice and loved to sing. He had a great sense of humour and was well known for his “infectious” laugh! He was accepted into the RAF Reserve on November 30th, 1954. He was a Mason and a Shriner – in the Sabre Patrol. A private celebration of Frank’s life will be held at a later date. We send our sincere thanks to Dr. Powell, and nursing staff (especially Jeff), of the High River Hospital for their wonderful care of Frank. Sincere thanks, as well, to the nurses, staff, and volunteers at the Foothills Country Hospice for their wonderful care of Frank, who lived his last few days of life in peace and comfort. Flowers gratefully declined. If desired, please consider making a memorial donation in Frank’s memory to the High River Hospital Foundation, 560-9th Ave SW High River, T1V 1R3, ph.403-652-2200, or Foothills Country Hospice Society, Box 274, Okotoks, AB, T1S 1A5, ph. 403-938-6370. To send condolences and view Frank’s Tribute Page please visit www.lylereeves.com . Caring for the family is Lyle Reeves Funerals of High River (Craig Snodgrass) 403.652.4242.

It is with deep sadness that we announce the passing of Frank Warren, at the age of 84, at the Foothills Country Hospice in Okotoks, Alberta. He passed away peacefully after a battle with cancer. His is survived by his loving life-partner... View Obituary & Service Information

The family of Mr. Frank Warren created this Life Tributes page to make it easy to share your memories.

It is with deep sadness that we announce the passing of Frank...