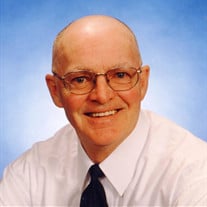 It is with great sadness that the family of Garry Dale Crawford announce his sudden passing on January 10, 2019 at the South Health Campus in Calgary at the age of 75 years. Garry was born on December 8, 1943 in Viscount, SK, the third child of seven children to Clayton and Merle Crawford. Garry was raised in the Whittome district northeast of Melfort, SK, where his father became an elevator agent, buying grain for the Federal Grain Co. Garry attended Prescott Public School in the country and then high school in Melfort until grade ten, completing his education in Kelvington, SK. During those years he worked for his uncles on two mixed farms in the area. Garry then returned to Melfort where he took a business commercial course and then obtained employment in Regina, SK with Emco Supply Ltd.; a plumbing and heating industrial pipe and fitting firm where he obtained the position of credit manager. Garry was married to Marilyn Morrison in 1964 and had one son they called Kerry. They later separated and divorced. Garry met Donna Ahosaari (Roberts) of Grenfell, SK, a young widow with a baby girl Angela. Together they had a son, Sean. Thereafter they moved to Edmonton, AB where Garry worked at IEC Holden Industrial Wholesale and then moved over to their competitor Westlund Industrial Supplies, which was a sister company to Western Supplies Plumbing & Heating wholesale. In the early 1970’s he was transferred to set up and manage the new branches of Western & Westlund in Fort McMurray, AB. After seven years in Fort McMurray, he refused a transfer back to Edmonton and resigned. Garry then worked the better part of two years for Syncrude Canada Ltd., at the oilsand plant north of Fort McMurray. Growing tired of what he called north America’s largest zoo and the daily bus ride he called the bone shaker, he obtained employment with Alberta Power Ltd. now known as Atco Electric; a power distribution company where he remained for the next 20+ years to retirement at 65 in 2008. In late November 1999, Garry suffered serious heart problems and in 2000 was placed on long term disability. Garry wanted to be closer to his children and grandchildren in Airdrie and Calgary, AB. He obtained a lot and built a new house in High River, AB in 2001. Garry has always been interested in sports, especially hockey and baseball. He loved to snowmobile and make small items in his woodwork shop. He was also an avid reader of anything non-fiction pertaining to nature, history and true crime. He followed Provincial and Federal politics and loved to discuss them with everyone. Garry is predeceased by a young brother Collin in 1956, his father Clayton, whom he dearly missed in 1968, his mother Merle in 2001, his older brother Allen in 2004, his oldest sister Sheila in 2006, and Brother-in-law Gordon Nelson in 2015. Garry leaves his loving partner Donna of over 40 years, his children; Kerry, Angela and Sean and daughter-in-law Laura; three granddaughters, three grandsons and his three sisters, Mavis Wood (Bill) of Ottawa, ON; Colleen Nelson of Radisson, SK; Candace Hannas (Dale) of Leduc, AB; Brother-in-law Harold Lanctot of Regina, SK; Sister-in-law Frieda Crawford of Regina, SK and numerous cousins, nieces, nephews and friends. In lieu of flowers, donations could be made to the Heart & Stroke Foundation. www.heartandstroke.ca To send condolences and view Garry’s Tribute Page please visit www.lylereeves.com . Caring for the family is Lyle Reeves Funerals of High River (Craig Snodgrass) 403.652.4242.

It is with great sadness that the family of Garry Dale Crawford announce his sudden passing on January 10, 2019 at the South Health Campus in Calgary at the age of 75 years. Garry was born on December 8, 1943 in Viscount, SK, the third child... View Obituary & Service Information

The family of Mr. Garry Dale Crawford created this Life Tributes page to make it easy to share your memories.

It is with great sadness that the family of Garry Dale Crawford...