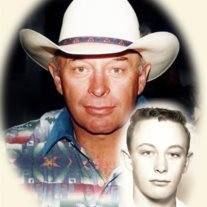 Gary John Klessens, 67, passed away in Nanton, AB on Saturday, March 22, 2014. He was born on July 31, 1946, in Billings, MT to Peter and Irma Klessens of Red Lodge. Gary attended grade school in Fox and high school in Red Lodge, MT. It was there he met his high school sweetheart, Rita Niemi. They were married on November 3, 1962, in St. Anthony, ID. The first few years were spent working on local ranches. In 1968 they embarked on a pioneer adventure and traveled north to the Peace River country in northern British Columbia, Canada. After spending two years in Fort St. John, B.C. and another two years in Grande Prairie, AB they moved to Nanton, AB which became their permanent residence. It was at this time that Gary began a career of over 35 years in the livestock order buying business. His lifelong love of cattle and ranching led him to acquiring their ranch outside of Roy, MT. Gary enjoyed all sports; especially golf, fishing, and team roping. He also took pride in coaching his daughters’ fastball teams and cheering on his grandchildren at their hockey games. Gary and Rita were very fortunate to have travelled extensively. Surprisingly, being a small town country boy, Gary made every trip an adventure. Gary is survived by his wife of 51 years, Rita. His two daughters, Kateri (Bill) Holmes and Ashli (Mark) Wright both of Nanton. Grandchildren; Jordon Klessens-Nichols, Mike and Lorelle Holmes, Ty and Makena Wright. Sisters, Mary Ann (George) Mathes of Roberts, MT, Patricia (Allen) Eik of Joliet, MT. and numerous nieces and nephews. Gary was predeceased by his parents, his brother Ronald and his grandson Lane Holmes. At Gary’s request no funeral service will be held. In lieu of flowers, donations can be made to the Mosquito Creek Foundation, Box 40, Nanton AB Canada, T0L 1R0 or the Roy Volunteer Fire and Ambulance Department, Roy, MT 59471. To send condolences and view Gary’s Tribute Page please visit www.lylereeves.com . Caring for the family is Lyle Reeves Funerals of High River (403.652.4242).

Gary John Klessens, 67, passed away in Nanton, AB on Saturday, March 22, 2014. He was born on July 31, 1946, in Billings, MT to Peter and Irma Klessens of Red Lodge. Gary attended grade school in Fox and high school in Red Lodge, MT. It... View Obituary & Service Information

The family of Mr. Gary John Klessens created this Life Tributes page to make it easy to share your memories.

Gary John Klessens, 67, passed away in Nanton, AB on Saturday,...