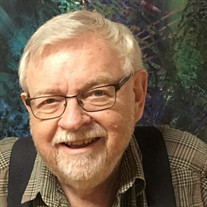 With heavy hearts the family of Dr. George Stewart Lane shares the news of his passing on Saturday, May 28th, one week after celebrating his 85th birthday. George was born in High River, Alberta on May 21st, 1937 and lived a life dedicated to public service, education, and family. George earned a Bachelor of Commerce from the University of Alberta, paying for his studies by teaching at the Krauss School, one of Alberta’s last one-room schoolhouses. George went on to earn a Master of Arts and Doctor of Philosophy from the University of Washington before taking a post at Sir George Williams University (now Concordia), in Montreal. It was there that George would meet and marry his wife of 45 years, Marcia Eliasoph Lane. George and Marcia started a family in Montreal before returning to Alberta where he would teach in the Faculty of Management (now the Haskayne School of Business) at the University of Calgary for 19 years including serving 6 years as Dean (1975-1981). During his tenure, George was responsible for the initiatives which led to the funding and construction of Scurfield Hall and helped establish the MBA and Ph.D. programs. George’s “retirement” included a business venture building townhomes in the downtown core with Marcia, then in 2004, George was elected to be a Trustee for the Calgary Board of Education Wards 6 and 7, where he would serve for nine years. George’s roots in Alberta ran strong and deep. On his mother’s side of the family, George counted several generations of teachers including his grandmother and mother who retired from Brentwood Elementary, a Calgary Ward 7 school. His grandfather, George Lane, worked his way up from foreman of the Bar U Ranch in Longview, eventually owning and operating the ranch which is now a Canadian National Historic Site. He was also one of the Big Four, instrumental in the beginnings of the Calgary Stampede. In 2016, when George Lane became the first Canadian inducted into the Hall of Great Westerners at the National Cowboy and Western Heritage Museum in Oklahoma City, George was on hand to represent his grandfather, and delivered a speech on behalf of the family. Throughout his life George became the unofficial spokesperson of the extended Lane family’s history in Alberta, often serving as the representative at ceremonial events where the family was recognized. He even had a short stint as an actor, portraying Grandfather Lane in a community play. George deeply loved the community of Calgary, supporting arts and culture and serving on many community boards including the Banff Centre, Imagine Calgary, the MS Society of Alberta, and the Developmental Disabilities Resources Center (DDRC). George was predeceased by his wife Marcia and sister Patricia. He is deeply missed by his brother Thomas, children David and Michael (Jill Aske), and grandchildren Sophie and Hannah Lane, and Inga and Freya Aske-Lane. Prior to his death, George had found companionship later in life with his partner, Betty Rak and her family. The family wishes to thank the dedicated staff of Garrison Green Integrated Living Community. A Celebration of George’s life will be held on Friday, June 24th at 11:00am, at the Ranchmen’s Club, 710-13th Ave. SW, after which George will be interred in High River at the Highwood Cemetery in the Lane family plot. Condolences may be forwarded through Lyle Reeves Funerals, www.lylereeves.com. In lieu of flowers, please consider a donation to the Alberta Children’s Hospital Foundation www.childrenshospital.ab.ca, 28 Oki Drive NW, Calgary, Alberta, T3B 6A8. Caring for the family is Lyle Reeves Funerals of High River (Craig Snodgrass) 403.652.4242.

With heavy hearts the family of Dr. George Stewart Lane shares the news of his passing on Saturday, May 28th, one week after celebrating his 85th birthday. George was born in High River, Alberta on May 21st, 1937 and lived a life dedicated... View Obituary & Service Information

The family of Mr. George Stewart Lane created this Life Tributes page to make it easy to share your memories.