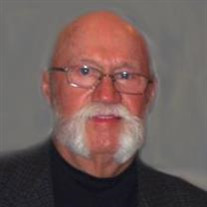 Our favourite sailor has set sail for his final journey. On Monday, February 15, 2016, Gerry Greer of High River, Alberta passed away peacefully with family by his side in the High River Hospital at the age of 78 years. Gerry is survived by his loving wife, Wyn, of 57 years and three daughters, Carla (Todd) Kratchmer of Lethbridge, Kendra (Murray) Wegener of High River, and Leslie (Don) Wutzke of Edmonton. He was known as Papa to his ten grandchildren, Shelly, Sherri, Mitchell, Dan, Brett, Sean, Karly, Erin, Courtney, Josh; and his nine great grandchildren. As well, he was beloved by numerous other relatives and many friends. Gerry was predeceased by his daughter, Kim, and her two daughters, Adriane and Alison. Gerry was born December 18, 1937 in Weyburn, Saskatchewan. At age 17, this prairie boy heard the call of the ocean. He joined the Royal Canadian Navy and headed out to Cornwallis Nova Scotia for basic training. Little did he know, this would become one of the most memorable times of his life. His Navy career would always be something he cherished. While stationed in Shelburne, Nova Scotia, Gerry was known to attend the local community dances held at the Legion. It was at one of these dances that he would meet a beautiful, young, gal named Wyn. She stole his heart and shortly after that they tied the knot. This love story continued for the next 57 years, right up to the day he passed. While living in Nova Scotia Gerry and Wyn were blessed with the birth of two daughters, Kim and Carla. Their journey out west made a brief stop in Hamilton, ON where Kendra was born. But the prairies kept calling and in 1967 they made the move to Alberta where Leslie was born. When asked about having four girls and no sons he always responded with, “The boys will come soon enough.” And they certainly did. Gerry had a fabulous relationship with his son-in-laws and considered them his sons. He was also the best Papa that 12 grandchildren and 9 great-grandchildren could ask for. Once settled in Alberta, Gerry had a successful career as a journeyman plumber. In 1979, the family moved to High River, AB where Gerry was the superintendent of mechanical for the construction of the High River Hospital. He then went on to start his own construction company, Greer Contracting Ltd .He completed many projects for the Town of High River as well as numerous other projects around southern Alberta. He had a strong sense of pride for his community. Gerry loved his family and considered them his greatest accomplishment. His memory lives on through his wife, children, grandchildren and great-grandchildren. A Celebration of Life was held on Saturday, March 12th, 2016 at the Royal Canadian Legion Branch # 71 located at 25-8th Avenue SE in High River. If friends so desire, donations in Gerry’s memory may be made to the High River District Health Care Foundation 560-9th Avenue SW, High River, Alberta T1V 1B3 or online at www.highriverhealthfoundation.ca To send condolences and view Gerry’s Tribute Page, please visit www.lylereeves.com . Caring for the family is Lyle Reeves Funerals of High River (403.652.4242).

Our favourite sailor has set sail for his final journey. On Monday, February 15, 2016, Gerry Greer of High River, Alberta passed away peacefully with family by his side in the High River Hospital at the age of 78 years. Gerry is survived... View Obituary & Service Information

The family of Mr. Gerald Eugene Greer created this Life Tributes page to make it easy to share your memories.

Our favourite sailor has set sail for his final journey.