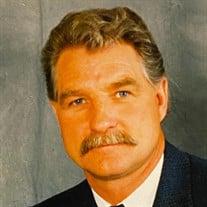 Gerald Frederick Mantei was born in Estevan, SK on November 9th, 1946. He was the eleventh of twelve children born to German immigrants Reinhold and Henrietta Mantei, and he grew up farming on the Prairies. Gerald was a happy child, full of mischief and laughter; his love of corny jokes started early. Born with an innate curiosity to discover how things work and an aptitude for fixing them, Gerald became a heavy duty diesel mechanic. His career took him farther than he expected. In 1979, with his wife, Dianne, and two children, he moved to a large farming operation in Tanzania where, for two years, he shared his knowledge of maintaining farm equipment with local Tanzanians. The large press he custom built during this time was still in operation when his daughter returned to the farm in 2013. Gerald’s experience in Tanzania was a highlight of his life. Gerald married Dianne in 1973 and had four children; Douglas, Rachelle, Jason and Shannon. Many happy memories were made at their home on a farm near Alameda, SK. Gerald demonstrated his love for his children by providing them with all types of motorized vehicles - some custom built: three-wheelers, four-wheelers, motorcycles and ski-doos, not to mention unicycles, tandem bicycles and a boat at White Bear Lake. When his children reached driving age, there was a never-ending flow of vehicles destined for the junkyard that he restored and made roadworthy once again. Gerald also had a natural talent for music; he played guitar, accordion and organ all by ear. He encouraged his children to learn and share his love of music by providing them with instruments and lessons of their choice. In 1991 Gerald retired from farming and the family moved west to High River, AB. One of his endeavours there included opening an oil and lube shop where friends often congregated. Gerald also purchased a Harley-Davidson and spent many happy hours purchasing, fixing and selling used motorcycles. Always generous, he was happy to lend his Heritage Softail to his daughters for their motorcycle road tests. Gerald endeared himself to his children’s friends and cousins with his light-hearted jokes, his welcoming demeanour and his willingness to help, especially when it came to fixing something. As the grandfather of seven; Duke, Rocco, Zoey, Ryker, Sloane, James and Kennedy, he continued to use his talent to delight and entertain. Most recently he could be seen riding around on a scooter he had customized (to make faster!) with his youngest granddaughter, Kennedy. Days before he passed away, he fixed a music box for his granddaughter Sloane. On December 22nd, 2020, after spending the day shovelling mountains of snow, Gerald lay down to rest. The twinkle in his eye and his laughter after the telling of one of his many jokes will be missed. A funeral mass is scheduled for 2:00 p.m. January 29th, 2021 at St. Francis de Sales Catholic Church, High River with interment to follow at the Highwood Cemetery in High River. As Gerald loved helping people, in lieu of flowers or donations, we ask that you think of him when performing an act of kindness for another. Gerald Mantei's Funeral Mass will be livestreamed on the St. Francis de Sales You Tube Channel link https://www.youtube.com/channel/UCL02vHLiqGS8vGGqD3YUoYQ. Caring for the family is Lyle Reeves Funerals of High River (Craig Snodgrass) 403.652.4242.

Gerald Frederick Mantei was born in Estevan, SK on November 9th, 1946. He was the eleventh of twelve children born to German immigrants Reinhold and Henrietta Mantei, and he grew up farming on the Prairies. Gerald was a happy child, full of... View Obituary & Service Information

The family of Mr. Gerald Frederick Mantei created this Life Tributes page to make it easy to share your memories.