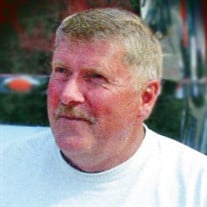 Brian Chipchase, aged 72, passed away peacefully on the evening of January 29, 2022, at home, surrounded by family, after a short battle with brain cancer. Brian is survived by his wife of 51 years Jo-Anne, his daughter Tracey (Shane) and their children McKenna, Kaden, and Kiera, his son Brian Jr., and his child John. He is also survived by his brother Harold (Candy), his sister Bonnie (Hugh), his brother Bev (Sue), Jo-Anne’s family, David (Betty), Buster, Mary Jane, Michael (Chandell), John (Darla), Patricia (Eugene) and numerous nieces, nephews, and cousins. He was predeceased by his mother Betty, his father Ross, and his sister Lorna (Bill), his in-laws Terry, Tony and Peggy. Brian was born in Alliston, Ontario to Betty and Ross Chipchase. He grew up on a farm in Essa Township, Ontario and attended grade 1-8 at S.S. No. 6 School and grade 9-12 at Barrie Central. Brian met Jo-Anne in St. Catharines, Ontario in 1970, and they married the following year. Brian, Jo-Anne, and their daughter Tracey moved to Alberta in 1972 and lived in Edmonton. In 1973, Brian received a job offer to work for AGT in Calgary. This was the start of a long, rewarding career. Their son Brian Jr. was born in 1974. In 1979, Brian started building the home that he resided in until the very end. Brian retired from TELUS in 2002 after 30 years of service. In July 2007, he survived a motorcycle accident that left him a paraplegic. He did not let his disability limit his life and continued to do the things he loved. Brian had many hobbies throughout the years. From September to the end of November, you could find him scouring the mountain side for the next big game animal to be mounted on his wall. He used the knowledge he gained from hunting to lead him to his retirement career of teaching others in the proper techniques for the safe handling of firearms and ammunition. His love of Mustangs lead him to spend most of the last years dedicated to Eamon’s Garage and Museum. However, his heart and soul were forever dedicated to his grandchildren. His greatest regret was that he was not going to be around to see them graduate High School, attend university, get married, or become parents. A Celebration of Brian’s Life will be held on Friday, February 11th at 2:00 p.m. at the Highwood Memorial Centre in High River. Please note: The REP program has been removed, masks will still be mandatory. For those unable to attend, a Livestream of the service will be available on Brian’s Tribute Page at www.lylereeves.com . If desired memorial donations may be made to Rowan House Society - www.rowanhouse.ca ; River City Classics or the Eamon’s Garage Historical Society - (Box 5911, High River, AB, T1V 1P6) or etransfer to [email protected] . Caring for the family is Lyle Reeves Funerals of High River (Craig Snodgrass) 403.652.4242.

Brian Chipchase, aged 72, passed away peacefully on the evening of January 29, 2022, at home, surrounded by family, after a short battle with brain cancer. Brian is survived by his wife of 51 years Jo-Anne, his daughter Tracey (Shane) and... View Obituary & Service Information

The family of Mr. J. Brian Chipchase created this Life Tributes page to make it easy to share your memories.

Brian Chipchase, aged 72, passed away peacefully on the evening...