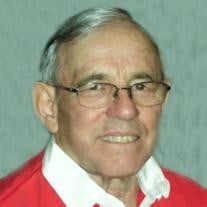 Surrounded by his family, Jerry Cluett passed away at home after a valiant struggle with cancer. Jerry is survived by his beloved wife, Rosa; Sisters: Phyllis (Lewis), Jean, Lillian (Ross), Brother: Raymond (Paulette), Daughter: Xenia (Kent), Son: Johann (Hollister) and numerous nieces and nephews. He was predeceased by 1 Sister and 3 Brothers. Jerry was born in Halifax, NS and at age 17 (1953) he joined the 8th Canadian Hussars (Princess Louise’s). The military is where he excelled. This was evident by the rank he achieved and the number of awards & decorations with which he was honoured; the most notable of these being the Order of Military Merit (OMM-1992). Jerry subsequently had a number of overseas tours with the Royal Canadian Dragoons and was part of the United Nations peace keeping tour in Cyprus (1979). He retired from full time military life in 1980 leaving the Lord Strathcona Horse and then joined the King’s Own Calgary Regiment (KOCR) and the Canadian Postal Service. In 2003 he and Rosa moved to Nanton, Alberta to enjoy a “quieter retired life”. Jerry’s version of quiet retirement was to immediately immerse himself in his passions which included: KOCR Association (President), RCD Association (Newsletter Editor), Royal Canadian Legion Branch #80 Nanton (Treasurer) and of course golf, curling, travelling, gardening and volunteering. Jerry was a man of honour and was much loved as a husband, father, brother and uncle. He will be truly missed. Memorial services will be held at Christ Church Nanton, 2306 – 20th Street on Thursday, February 9th, 2012 at 1:00 p.m. Interment will follow at the Nanton Cemetery. If friends desire, in lieu of flowers, memorial tributes may be made to Veterans Food Bank, No. 1, 4539-6 street, N.E. Calgary, AB T2E 3Z6 (Telephone 403-265-6304).

The family of Mr. Jeremiah Cluett created this Life Tributes page to make it easy to share your memories.

Surrounded by his family, Jerry Cluett passed away at home after...