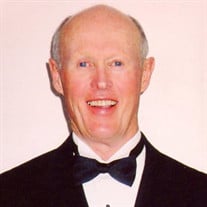 John William Zryd of High River, Alberta died peacefully on December 10th, 2019 at the age of 80 years with his loving wife Janet Klie by his side. John is also survived by his sons David (Nancy), Michael (Tess), and Bob (Sally); stepdaughter Andrea; grandchildren Sam, Jonah, Annie, William, and Adrian; sisters Barb Wright (David), and Trish Collins (Matt); as well as Janet’s sisters and their families. Known for his kindness, wit, and good nature, John was an active community member, and led a full and active life. John was born in Winnipeg but the family (father Claire and mother Kathleen) soon moved to Moose Jaw, SK. He began his career as a Flying Officer in the Canadian Air Force before starting his passion as a scuba dive instructor and store owner in Nova Scotia, where he raised his three sons. John moved his family to Calgary, where he embraced an active lifestyle as president of the Alberta Triathalon Association. He suffered a massive stroke in 1986 but showed his resilience by making a remarkable recovery and resuming his passion for sports through cycling. He completed his bachelor’s degree at the University of Calgary where he met the love of his life, Janet in 1993. In High River, he was a master woodworker, a member of the United Church, and a member of the Cornerstone Masons, who bestowed on him the rare honour of the Award of Merit in September 2019. Many thanks to the wonderful staff that gave John such compassionate care at High River Long Term Care. In lieu of flowers, memorial donations can be made to the charity of your choice. A Memorial Service was held on December 17, 2019 at the High River United Church, 123 Macleod Trail SW, High River, AB. Mr. John Zryd of High River, Alberta passed away at the High River Hospital on December 10, 2019 at the age of 80 years. Caring for the family is Lyle Reeves Funerals of High River (Craig Snodgrass) 403.652.4242.

John William Zryd of High River, Alberta died peacefully on December 10th, 2019 at the age of 80 years with his loving wife Janet Klie by his side. John is also survived by his sons David (Nancy), Michael (Tess), and Bob (Sally); stepdaughter... View Obituary & Service Information

The family of Mr. John William Zryd created this Life Tributes page to make it easy to share your memories.