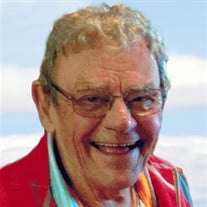 June 18, 1938, Newdale MB June 4, 2022, High River AB It is with deep sadness that we announce the passing of our brother, uncle, buddy and friend, Laurel Edwin Shewchuk on June 4, 2022, at the age of 83. Laurel was born June 18, 1938, in a midwife’s home in Newdale, Manitoba. Laurel started his teaching career at the tender age of 17, after taking a six-week teacher’s course at what was than known as the Provincial Normal School in Winnipeg. This was a time when there was a critical shortage of teachers in Manitoba and after a six-week crash course in teaching, you were generally placed in a one-room country School, teaching grades 1-8. His first teaching position was in a remote area of Manitoba in the Moose Bay area. He was provided with a small teacherage to live in. He spoke fondly of his first year of teaching and had many amusing tales to tell of his adventures and misadventures that first year. Thereafter, he spent many of his summer breaks upgrading his degrees at the University of Manitoba. He and his wife, Marlene, taught in many areas of Manitoba, at Sinclair, Elm Creek, Carmen, Miami, and Roland. He was principal in all those schools. After his retirement at age 55, he continued with crop insurance and hail adjusting in the rural areas of Manitoba and Alberta. He and his wife, Marlene, moved to Alberta from Manitoba in 2002 and settled in High River. He met his wife, Marlene Martin, while at Provincial Normal School and they were married in 1958. They had an adventurous life as they enjoyed worldwide travelling and were happy snowbirds for many years in the Rio Bend RV & Golf Resort in the El Centro area of California. Creating new friendships and golfing too up a lot of their time. Unfortunately, Marlene passed away in 2005. Laurel was predeceased by his wife Marlene, and his parents Marvin and Ethel Shewchuk. He is survived by his sister Gladys Mark (Harold), his brothers Barry (Sylvia) and Wayne (Charlotte), his nephews Curtis (Jennie), David (Monica), his sister-in-law Sharon Mullaney (Paddy), his nephew Ryan Mullaney (Stacey) and niece Riley (Grant) Gettens. He lived a life well-lived and well-loved with no regrets. He was never at a loss for words and to hear him talk, to hear that hardy laugh, and to see him smile, you knew that he enjoyed life to the fullest. Laurel expressed his heartfelt thanks to his family doctor, Dr. Jeeva, with whom he connected so well because of their similar sense of humour. A great deal of gratitude is also extended to Dr. Kuechler, his on-call doctor, and to the High River Nursing Staff. He described his care as “awesome” and was so appreciative of the excellent care he received. At Laurel’s request there will be no funeral service. A casual and informal Celebration of Laurel’s Life will be held at the Highwood Golf & Country Club on Monday, June 20", at 2:00 pm. You are welcome to come and share some of your “Laurel stories” with his family and friends. He bid a fond farewell to the many bar girls and friends he visited every Tuesday on his bar run in High River. To send condolences, please visit www.lylereeves.com. Caring for the family is Lyle Reeves Funerals of High River (Craig Snodgrass) 403.652.4242.

The family of Mr. Laurel Edwin Shewchuk created this Life Tributes page to make it easy to share your memories.