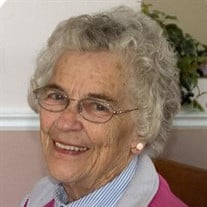 It is with great sorrow that the Dixon family announces the passing of our wife and mother, Margaret Dixon, at the age of 93 years in High River, Alberta. Margaret leaves her husband of 67 years, Allen, brother Gordon, daughter Donnalee (Scott) Culver of Sequim, WA, sons Duncan (Debbie) of Langley, BC, Everett (Solange) of Duncan, BC, and daughter Laurie (Jack) Knight of High River, AB, as well as 15 grandchildren and 12 great-grandchildren. She was pre-deceased by brothers Gerald, Don, and Doug. Mom was born in Evansburg, AB to Jack and Sabina Rooney. She graduated from high school in Edmonton and entered the nursing program at the Royal Alexandra Hospital in Edmonton, graduating in 1945. She completed a Certificate in Teaching and Supervision in Schools of Nursing at McGill University in 1948, where she also worked at the Montreal Neurological Institute under Dr. Wilder Penfield. She returned to Edmonton and taught at the Royal Alex until 1950. During her student and nursing days, she was an active participant in InterVarsity's Nurses Christian Fellowship, and it was only natural that she met an intern named Allen, who was equally involved in InterVarsity Christian Fellowship at the University of Alberta. They were married in 1950 and immediately moved to Vancouver where she nursed at Saint Vincent's Hospital until Donnalee was born in 1951. The family then moved to Mission City, where Allen was practicing as a GP, followed by another year in Vancouver before moving to Enderby in 1960. They stayed in Enderby until 1986, and in addition to raising four children, Mom was very involved in teaching Sunday School and Pioneer Girls at church as well as working for many years with the Enderby Ladies Hospital Auxiliary. She loved camping and worked as both a camp nurse and counsellor at camps in Alberta and British Columbia. As Allen approached retirement, they began to look for areas of ministry outside of Canada, which included periods of service at Salvation Army Hospitals in Zambia and Zimbabwe where Mom was involved in occupational therapy with long-term leprosy and TB patients. She also accompanied Allen to Hospital Vozandes-Shell in Ecuador seven times, where she helped to run the guest house. She had a very active retirement visiting family in the United States, Brazil, Japan, and many parts of Canada. Proverbs 31:25-30 [NASB] Strength and dignity are her clothing, And she smiles at the future. 26 She opens her mouth in wisdom, And the teaching of kindness is on her tongue. 27 She looks well to the ways of her household, And does not eat the bread of idleness. 28 Her children rise up and bless her; Her husband also, and he praises her, saying: 29 “Many daughters have done nobly, But you excel them all.” 30 Charm is deceitful and beauty is vain, But a woman who fears the Lord, she shall be praised. A Memorial Service was held on Friday, August 4 at the Walnut Grove Lutheran Church, 20530 88 Ave, Langley, BC V1M 2Y6. In lieu of flowers, donations may be made in Margaret's name to Reach Beyond (HCJB) or The Evangelical Fellowship of Canada. To send condolences and view Margaret’s Tribute Page please visit www.lylereeves.com . Caring for the family is Lyle Reeves Funerals of High River 403.652.4242.

It is with great sorrow that the Dixon family announces the passing of our wife and mother, Margaret Dixon, at the age of 93 years in High River, Alberta. Margaret leaves her husband of 67 years, Allen, brother Gordon, daughter Donnalee (Scott)... View Obituary & Service Information

The family of Mrs. Margaret Bertha Dixon created this Life Tributes page to make it easy to share your memories.

It is with great sorrow that the Dixon family announces the passing...