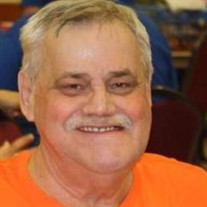 On August 15, 2021, Martin Herman Wevers passed away peacefully in Calgary, Alberta. On April 26, 1949, Martin was the thirteenth child born to Jan and Willemina Wevers, who owned and operated a bakery, in Marienberg, The Netherlands. His time in Holland was short-lived. His second birthday was celebrated with his parents and then twelve siblings boarding the Castel Bianco to begin a weeks long journey ending in southern Alberta aboard a train from Quebec City. What an adventure for such a young boy. He also welcomed a younger brother to the family a couple years later to complete Jan and Mina’s family of fourteen children. Throughout his life, Martin was a thankful Canadian in his new nation home, and a proud Albertan. Martin’s life adventure saw him complete all of his schooling in Lethbridge, Alberta. His high school years were highlighted in wearing the Green and Gold for the LCI Rams. Martin was one of the best punters of the high school football league, while also playing a receiver position. He was also a leading basketball player taking the Rams to repeated appearances in the provincial championships. Martin continued to be an avid sports fan, giving his unwavering support to the Calgary Stampeders, and cheering on the Calgary Flames. Work and business adventures took Martin first to Vancouver, but eventually to Calgary where he stayed the rest of his life. For many years he lived with his sister Anne, her husband John Lubbers, and their two children Miranda and Brian. Their love and unending support took Martin through many difficult years. To Miranda and Brian he will always be affectionately “Herb”, and to many of us, a walking imitation of Uncle Buck! Martin was also the “go to guy” for family and friends for vehicle transmission work, or hard to get concert and rodeo tickets, given his connections to the entertainment scene in Calgary. Although Martin was divorced from Barb, she remained the only woman he loved outside of family. In recent years, Martin and Barb became close again. He was also able to establish a lasting relationship with her children, Michael and Diane. After becoming a resident at the Brentwood Care Centre, Barb remained one of his most steadfast visitors and advocates, interrupted unfortunately, like for all of us, by the Covid virus in these last two years. Martin recommitted to his faith in his final years. He was predeceased by his parents, seven siblings, Rita, Alice, Leida, Berna, Jackie, Ben, Dick, and more family, all who will await him in their Heavenly home. His six earth bound siblings, Gerry, Anne, Willy Lynne, Nellie (Elroy), John (Brenda) and Michael (Helen) will miss him dearly, as will the now very large Wevers family he leaves behind. At Martin’s request, there will be no funeral service and cremation has taken place. A family service for the interment of his ashes, and a Celebration of his Life, will be scheduled at a later date. Caring for the family is Lyle Reeves Funerals of High River - 403.652.4242.

On August 15, 2021, Martin Herman Wevers passed away peacefully in Calgary, Alberta. On April 26, 1949, Martin was the thirteenth child born to Jan and Willemina Wevers, who owned and operated a bakery, in Marienberg, The Netherlands. His... View Obituary & Service Information

The family of Mr. Martin Herman Wevers created this Life Tributes page to make it easy to share your memories.