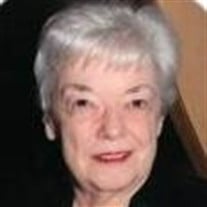 It is with great sadness that we announce the unexpected passing of our beloved and devoted wife and mother Mary Isabelle McLean on November 24, 2016 in Kelowna, BC at the age of 79 years. Mary was born on April 19, 1937, in Owen Sound, ON to her parents Ada and James O’Connor. She was the youngest of four children (Leon, Aileen, and Bill). On April 23, 1962, Mary married the love of her life, Dr. Alfred (Alf) Francis McLean. She is pre-deceased by her parents, Ada and James O’Connor, her brother, Leon (Mary), and her sister Aileen Cruickshank (Alvin). Mary was a caring, generous, and dedicated mother to her four children: Kelly Roth (Shane), David (deceased), Erin Neary (Kenn), and Meghan King (Cory). She was loved by her eight grandchildren and four great grandchildren: Tyson, Justin (deceased), and David Koivisto of Calgary, AB and Chilliwack, BC; Connor, Katie, and Kristian Roth of Calgary, AB; and Isabelle and Liam King of Calgary, AB and Isaiah, Maliki, and Ezekiel of Chilliwack BC and Kaylee of Edmonton AB. She is survived by her brother William (Bill) and Barb O’Connor of Owen Sound, ON, her niece Terry Adair (Jack) and son Jamie of Salmon Arm BC.; as well a number of nieces and nephews in Ontario (Bill and Leon’s’ children). In 1961 while travelling with two girlfriends, Mary stopped in Banff. While lounging by a pool, she was approached by her future husband and soul mate who was the life guard at the pool. The rest is history. Within a year they wed in Owen Sound and moved to Exshaw, AB. After 3 years in Exshaw, Mary and Alf returned to Alf’s home town of Edmonton for a year to live with Alf’s father Frank and mother Margaret. Followed by another 4 years in Exshaw where Alf was a principal of the town school and Mary spent time supporting the Catholic Woman’s League. They welcomed Katharine (Kelly) their oldest daughter in 1967, and Erin, their next daughter, a year and a half later. They spent 1 1/2 years in Missoula, Montana while Alf completed his Doctorate in Education. In 1970 the family moved to Calgary, AB where David their son joined the family. Raising three children Mary and Alf lived in Calgary for eight memorable years where they formed many long term friendships. In 1977, they moved to Salmon Arm, BC where Meghan their youngest daughter was born. Four years later the family moved to Kelowna, BC where Mary and Alf continued to raise their family, spend time with friends and enjoy another 35 golden years together. As a full time homemaker Mary devoted her life to her family raising 4 children and always there to help with her 8 grandchildren. Mary and Alf spent 55 wonderful and fun filled years together, travelling around the world, enjoying the company of terrific friends, and creating wonderful memories with family all while living life to the fullest. She particularly loved cruising, her time spent at the family cabin in Seymour Arm, Maui and a good book. Mary’s kindness, compassion and ever present ability to listen will be greatly missed by her family and friends. A special thank you to the hospital staff on 3 East at the Kelowna General Hospital and Dr. G. Verster for their dedicated care and thoughtfulness toward Mary in her final days. A funeral mass was held for Mary on December 12th at 10:30 am at St. Bonaventure Church in Calgary AB (1600 Acadia Drive SE). The mass was celebrated by Father David Meadows. Interment will take place at St. Anthony’s Catholic Cemetery in Edmonton, AB, where she will be buried in the McLean family plot, in the spring of 2017. A Memorial mass will be held in Kelowna at Immaculata Catholic Church in January. There will be a notification in the paper and at church. To send condolences and view Mary’s Tribute Page please visit www.lylereeves.com . Caring for the family in Calgary is Lyle Reeves Funerals of High River, Alberta (403.652.4242).

It is with great sadness that we announce the unexpected passing of our beloved and devoted wife and mother Mary Isabelle McLean on November 24, 2016 in Kelowna, BC at the age of 79 years. Mary was born on April 19, 1937, in Owen Sound, ON... View Obituary & Service Information

The family of Mrs. Mary Isabelle McLean created this Life Tributes page to make it easy to share your memories.

It is with great sadness that we announce the unexpected passing...