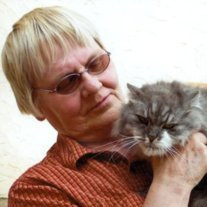 Mrs. Lynne Maynard of Nanton, Alberta passed away at the Claresholm Hospital on November 22, 2013 surrounded by the best team of care workers in southern Alberta. Lynne, adopted daughter of Jean and Lea Searancke, was born Kathryn Anne Prentice in Toronto, Ontario, birth daughter of Dorothy Prentice and “Epo” Kiviaho, step-daughter of Katherine Earle Garnett Searancke, adoptive sister, for 18 months, of Billy, step-sister of Bob (Leslie) Garnett of Owen Sound, Ontario, and Catherine Garnett of Toronto, Ontario, half-sister Susan (George) Wilson of Exeter, Ontario, of whom she met in 1992, half-sister of Rick Kiviaho and six other siblings she never had the opportunity to know. Lynne was wife and life partner of Ed Maynard, mother of Bill (Jen) of Ottawa, Katie (Warren) MacKinnon, of Edmonton and Doug of Nanton; grandmother of Steve of Nanton, Katherine and Tawna MacKinnon of Edmonton, and Matthew, Andrew, Charlie and Maggie Maynard of Ottawa. Lynne, Ed and their three children arrived in Nanton on November 26, 1976, from Stroud, Ontario to purchase The Nanton News, which they owned from March 1, 1977 to October 31, 1986, four months short of 10 years. Lynne was an advocate for adoption reform and the right-to-know. She found her volunteer work very rewarding. She managed the Nanton Food Bank, was a founding/active member of the Nanton and District Animal Protection Society, launched the Christmas-trees-on-Main-Street project, coordinated Operation Christmas Child shoeboxes in Nanton, organized the Christmas food hampers, played the organ at her church and was responsible for other various tasks. She was a board member for the Nanton Ministerial Association and the Quality of Life Foundation. Lynne was a support worker for developmentally delayed clients and a caregiver specializing in dementia and Alzheimer’s. She spent many years of her life working night shifts. Her philosophy in life was, “Don’t ask anyone to do anything you are not willing to do yourself.” If desired, memorial donations may be made in her memory to the Nanton Food Bank, Box 12, Nanton, Alberta, T0L 1R0; Nanton & District Animal Protection Society, Box 1337, Nanton, Alberta, T0L 1R0 or to Christ Church, Box 518, Nanton, Alberta, T0L 1R0. A Memorial Service will be held at Christ Church Anglican in Nanton on Thursday, November 28th at 2:00 p.m. Caring for the family is Lyle Reeves Funerals of High River (Craig Snodgrass) 403.652.4242

The family of Mrs. M. Lynne Maynard created this Life Tributes page to make it easy to share your memories.

Mrs. Lynne Maynard of Nanton, Alberta passed away at the Claresholm...