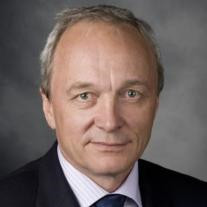 It is with overwhelming sadness that we announce the passing of Nigel Edward Charles Richardson after a two and a half year battle with cancer at the age of 63 years. He is survived by his soul-mate and loving wife Nancy Liu Li and their two children Robert George (Bobby) age 7, born in Singapore and Li-Anne Doreen age 5, born in Vietnam. Nigel was predeceased by his parents George and Doreen Richardson of Delia, Alberta, and a special brother in law Robert Snodgrass of High River. Nigel leaves to mourn his passing, his eleven brothers and sisters Ann Millar of Toronto, Karen Snodgrass of High River, Rosalyn of High River, Brian of Delia, Marie (Glenn) Kelm of Leduc, Linda (Van) Reed of Ladysmith, Wendy (Dale) Smigelski of Stony Plain, Wade (Bonnie) of Hanna, Harley (Vicki) of High River, Bradley (Karen) of Hanna, and Valerie (Tyler) James of Drumheller, numerous nieces and nephews and friends all over the world. Nigel was born on January 8, 1949 in Eckville, Alberta, Canada, the fifth of twelve children born to George and Doreen Richardson. He attended school in Delia and Drumheller and furthered his education when he and Nancy graduated together with their MBA’s from the University of Southern Cross University, Australia. He had a thirst for knowledge that he inherited from his Mother and a zest for life that he inherited from his Dad. His remarkable adventures and subsequent stories were always entertaining and never needed any embellishment. Nigel’s oilfield career spanned over 40 years and took him all over the world. Over the past thirty plus years, he worked for Atwood Oceanics, a Houston, Texas based offshore drilling company. The past two years were spent in Houston where he was able to continue working as a Senior Operations Manager at Atwood’s head office while he underwent treatment for cancer. Family was extremely important to Nigel and it was a great comfort to him that so many of his siblings were able to spend the last few days of his life with him. He was generous to a fault. Nigel had a wonderful sense of humor that was with him to the end. Nigel loved restoring old cars and the faster they went, the better. Of all the places that Nigel had lived in the world, Alberta was where he wanted to raise his children. He took enormous pride in the acreage he and Nancy developed but unfortunately was unable to fulfill his dream. Nigel felt that his life was complete when his children were born as they were the light of his life. Nigel was very humble about his achievements in the oil industry but he believed without question, that his children were his two greatest accomplishments in life. The family would like to express a sincere thank you to all of the current and past staff and senior management at Atwood Oceanics of Houston, Texas for their support and friendship that was shared with Nigel over the past 30 plus years that he was employed with them. Also a special thank you to those people near and far who sent their prayers and thoughts during the family’s difficult time. And no words could express how much the family appreciates those people who were wiling to donate their blood products to save Nigel’s life. In lieu of flowers, please make donations to the charity of your choice. A Celebration of Nigel's Life was held on Friday, March 16th at 2:00 p.m. at the High River United Church. Arrangements in care of Lyle Reeves Funerals (Craig Snodgrass) - High River, Alberta.

It is with overwhelming sadness that we announce the passing of Nigel Edward Charles Richardson after a two and a half year battle with cancer at the age of 63 years. He is survived by his soul-mate and loving wife Nancy Liu Li and their two... View Obituary & Service Information

The family of Mr. Nigel E.C. Richardson created this Life Tributes page to make it easy to share your memories.

It is with overwhelming sadness that we announce the passing...