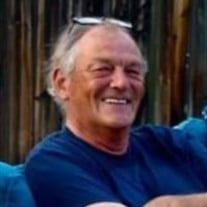 Mr. Peter Mardon of High River, Alberta, and Black Diamond, Alberta passed away on October 2, 2021 in High River, Alberta at the age of 71 years. Peter is survived by his daughter Kathleen Smithson and brothers Richard (Sandy), Andrew (Joy) and Alex (Trina) and sister Ulrika Leino (Hannu) and many nieces and nephews. Peter was predeceased by his parents Jasper Mardon and Louise Mardon and brothers David and Gunnar. Peter was born in Exeter, England where he spent his early years both there and in Wales. He emigrated to Quebec with his parents and brothers at the age of six, moved to Maine where he lived for four years, and then on to Vancouver for his high school and his bachelor’s degree and teaching certificate at SFU. A great linguist, he taught French and Photography in high schools in Quesnel and Fort St. James for 30 years before retiring and moving to Quebec in 2005. After 15 years and seeking a change of life he moved west to Calgary in 2020 to be closer to his brother Andrew and brothers Richard and Alex in Vancouver. Peter, like his brothers David and Andrew, was a train enthusiast, and enjoyed building hand-crafted and painted model railroad engines and rolling stock. With a passion for detail he crafted meticulous reproductions of trains of today and days gone by. He built his first model railroad at the age of ten with his brother David in the basement of the family home in Rumford, Maine and continued to build model railroads wherever he had the space. He was also an amazing photographer, using a variety of cameras and professional darkroom equipment. He captured unique views of his teenage years and the Mardon family, and throughout his adult life was able to capture the essence of a person or a landscape in a manner akin to Norman Rockwell paintings. When in Vancouver, unable to sleep, he would often find himself on Granville Street, capturing the late-night scenes, with the shadows of the night dispelled by the lights of the nightlife as he composed his shots with care and compassion. He was also an accomplished guitarist, playing the 12-string guitar with friends and loving the sounds of Gordon Lightfoot and other Canadian singer and songwriters of the time. Peter was a unique individual who was at times was quiet, but when with friends and family could share his dry sense of humour with a great laugh and a twinkle in his eye. Memorial Donations can be made to the Canadian Cancer Society, www.cancer.ca. At this time no Memorial Service will be held. Caring for the family is Lyle Reeves Funerals of High River (Craig Snodgrass) 403.652.4242.

The family of Mr. Peter Edwin Mardon created this Life Tributes page to make it easy to share your memories.