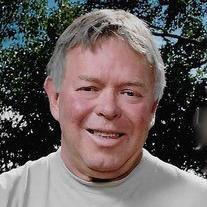 Mr. Bob Crawford of High River passed away on August 17, 2019 at the Willow Creek Continuing Care Centre in Claresholm at the age of 70 years. Bob is survived by his loving wife, Carol; sons Hung -Cheryl (Hayden, Elijah, Miricah), Sean- Megan (Keaton, Kai, Soraya), Mike – Mindi (Ryder, Skylar) and daughter Jody – Mark (Marek, Canon); and Carol’s children; Matthew- Jennifer (Barrett, Madison, Caleb), Lucas, Amara, Kalyse -Bobby. Bob is also survived by his father Don and wife Sal and brother Jim (Gina, Dan, Jim, Ted, Levi, James) and sister Diane (Bob and Ryan). He is also survived by many extended family members. He was predeceased by his Mother Irene in May of 2007. Bob was born in Lethbridge and spent much of his childhood in small towns across Southern Alberta. He finished school in Edmonton. He ultimately completed barbershop course and apprenticeship in Edmonton and opened his own barbershop in High River in 1969. He met and married Karen Braunwarth and they moved back to Edmonton in 1973 and their first son Sean was born the next year. At that time, Bob helped his Dad with Imperial Homes. The mid Seventies saw Bob and his family moved back to High River where they became part of the family-run business known as Crawford Homes. During this time Jody and Mike were born in High River. During this time the family were proud of the 20 years of Crawford Homes and all of its success. In 1997 Crawford Homes ceased and Bob then worked for Allspan Building Systems, which he was proud to be part of. Bob was in business, as he was in life; fair, firm and a man of integrity. Bob was very involved in the community, volunteering his time with the Cub Scouts, Rotary Club, Kinsmen Club as well as the St. Benedict’s Anglican Church. Bob was famous for his huge BBQ events – prior to starting his barber training he had worked for a year as an apprentice Chef at the Edmonton Petroleum Club; the structure of a commercial kitchen was not a good fit for his personality, but he did find he LOVED cooking! For which anyone who knew him benefitted. His kid’s friends were always welcome in their home and he was known as Mr. C. The kids grew up in a happy home and Bob was proud to see them accomplish their many achievements over the years. Bob met Carol at the Santa Claus parade while volunteering as a Kinsmen in 2005 and enjoyed their time at the acreage. He enjoyed going and watching Carol at many rodeos. They spent their winters in Arizona until he was unable. Bob loved his grandbabies and always enjoyed spending time with them. Bob will be fondly remembered by all. Memorial Donations may be made to the school children's lunch program, High River Food For Thought, www.hrfoodforthought.ca or Self High Five Personal Empowerment Society, www.studiome.ca/sh5phes. A Celebration of Life was held on Thursday, September 5th at 3:00 p.m. at the Highwood Memorial Centre, 128 - 5th Avenue SW, High River, AB. Caring for the family is Lyle Reeves Funerals of High River (Craig Snodgrass) 403.652.4242.

The family of Mr. R. "Bob" Crawford created this Life Tributes page to make it easy to share your memories.