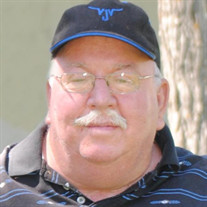 It is with heavy hearts that we announce the passing of Rod Blake on March 29, 2020 at the age of 64. Rod was the youngest of 3 children born to John R. and Doris (Atkinson) Blake and spent the whole of his life in the Nanton area, living on the family farm/ranch west of Nanton. Rod is survived by his wife, Norma, and his children Riley (Karen), Curtis (Erica) and Andrea (Dave) as well as his 5 grandchildren, Dallyn & Warren Blake, Bellamy Blake, and Brooke & Charlie Landry. He is also survived by his brother John (Pat), his sister Reta (George), his brothers-in-law, Dennis Brown (Sharon), Roy Brown and Brian Brown (Lori), and his mother-in-law, Julia Brown. He is also survived by many nieces and nephews, aunts and uncles, cousins, and numerous friends. Rod developed a love of the land, ranching and animals at a young age and ranching became his passion. He spent a lot of quality time at the family ranch in the Foothills SW of Chain Lakes while he was growing up where he enjoyed riding, family picnics, and learning about ranching. Needless to say, Rod chose ranching as his career and took over the family ranch in his early 20’s and has enjoyed helping his oldest son take over the reins in recent years. In 1995 Rod was injured on the ranch and his life was drastically changed, and he lived the last 25 years of his life as a quadriplegic. After spending a year in hospital and rehabilitation, Rod returned to his home and picked up where he left off, managing the ranch. When the weather was nice, he spent a lot of time outside and was not afraid to get his wheelchair in the manure! He loved watching everything that was going on and never quit working to improve and expand the ranch. He also took great pride in the yard and garden and loved to oversee the mowing of the grass and the weeding of the garden! In 1997 a friend offered Rod a part time job as a grain and feed broker at Hub Commodities in Nanton and reluctantly, Rod decided to give it a whirl. As it turned out, he found he enjoyed this new venture and he eventually ended up purchasing the business and operated Hub Commodities until he passed. He also applied for the Supervisor position for the Parkland Stavely Feeder Association and was successful in obtaining that position. He didn’t let any grass grow under his wheels! Rod had an unconditional love for his family and was extremely proud of his children and grandchildren. He was able to attend their hockey games, dance recitals, and school activities and especially loved family gatherings. The grandchildren were the loves of his life and they loved him too – they will miss their “papa”! Rod had a larger than life personality, he gathered many wonderful friends over the course of his life, and he will be dearly missed by everyone who knew him. The family would like to recognize the amazing caregivers Rod had over the last 25 years - a huge thank you goes out to each and every one of them for greatly improving his quality of life. We would also like to extend our thanks to the Doctors and Staff at the Nanton Medical Clinic, the High River Hospital, the Foothills Medical Centre and the Peter Lougheed Centre for the wonderful care he received in recent months. In lieu of flowers, donations can be made in Rod’s memory to the Nanton Emergency Fund Society, Box 1182, Nanton, AB T0L 1R0 or to STARS, 1441 Aviation Park NE, Calgary, AB T2E 8M7. Due to the current circumstances a Celebration of Rod’s Life will be held at a later date. Caring for the family is Lyle Reeves Funerals of High River (Craig Snodgrass) 403.652.4242.

It is with heavy hearts that we announce the passing of Rod Blake on March 29, 2020 at the age of 64. Rod was the youngest of 3 children born to John R. and Doris (Atkinson) Blake and spent the whole of his life in the Nanton area, living... View Obituary & Service Information

The family of Mr. Roderick Neil Blake created this Life Tributes page to make it easy to share your memories.

It is with heavy hearts that we announce the passing of Rod Blake...