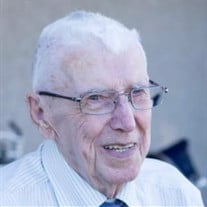 Mr. Ron Allan of High River, Alberta passed away peacefully at home at the dimming of the day on September 27th at the age of 83. Dad was an extraordinary Father, devoted, loved, he will be so missed and always cherished. He was an amazing Grandfather, Brother, Uncle. He was a passionate fisherman and loved the outdoors, a listening ear, a storyteller, a rememberer of all his family’s history, a champion at crosswords, a coffee shop friend, and so many other things to all of us. He will be missed by his 7 children, Don (Lana), Randy (Faye), Debbie (Craig), Scott (Laurie), Cindy (Garnet), Steve, Julie (Dave). Sixteen Grandchildren, Kimberly, Tyrell, Samantha, Courtney (Matt), Brendan, Tanya, Brittany (Josh), Clark, Natasha (Sunny), Chantal (Cody), Jared, Jessica, Jayden, Aleisha (Steve), Caitlin, Chris. Thirteen Great Grandchildren, Penelope, Jillian, Ben, Hunter, Myan, Keylan, Parker, Shae, Graycee, Hanna, Brynleigh, Lainey, Luke He will also be remembered by his brother’s, Tom Allan, Bob Allan, brother-in-law Ken (Carol) Stauffer and many nieces and nephews. He was predeceased by his beloved wife, Doris in 1968, daughter Connie in 1991, and grandson Tanner in 2017. Ron’s story started on October 16, 1935. He was the youngest of 8 children born to Clark and Barbara Allan in Turner Valley, Alberta. He grew up in the Black Diamond, Turner Valley area. This is where he met Doris and after she passed he moved his family to High River, Alberta in 1970. Dad was a very humble man who came from humble beginnings. He didn’t expect too much ado about anything for himself. He worked hard and lived a simple life. He had a saying for everything. One of those being “Charity Begins at Home” and he lived by that, working so hard to keep his family together after Mom passed away at such a young age leaving him with 8 children to raise, the youngest being just a baby of 5 months. He never remarried, staying devoted to his one and only. One of his favorite sayings he spoke to us often when we were troubled, was “This too shall Pass”. His house was always a safe place for all of us or anyone who needed his sage advice…he was supportive but never intrusive, just a kind ear that would listen. He spent his life with his brother Bob at his side. They saw each other pretty much every day whether working together in their younger years or going for coffee every day to meet up with their coffee shop friends. Uncle Bob moved in with Dad in 2013 after the “great” flood. Ron’s children and grandchildren were his pride and joy. He was proud of the fact that he helped build such a big strong Allan clan. Time spent at Grandpa’s house was very special for all his grand kids and holds a fond memory for each one of them. Dad, in the corner of your living room now sits your big empty chair that no one else will ever be able to fill. If only our walls could talk, what stories they would tell of all the love and laughter and adventures we had with you. You were all worn out Pa and now it’s your time to rest. You more than earned your crown as a Dad and Grandpa. Memorial donations may be made to the Arthritis Society, 150 – 110 Quarry Park Blvd SE, Calgary, T2C 3G3, www.arthritis.ca A Celebration of Ron’s Life was held on Saturday, October 26th at 1:00 p.m. at the High River Full Gospel Church (1802 - 9th Ave. SE, High River). Caring for the family is Lyle Reeves Funerals of High River (403.652.4242).

Mr. Ron Allan of High River, Alberta passed away peacefully at home at the dimming of the day on September 27th at the age of 83. Dad was an extraordinary Father, devoted, loved, he will be so missed and always cherished. He was an amazing... View Obituary & Service Information

The family of Mr. Ronald Clark Allan created this Life Tributes page to make it easy to share your memories.