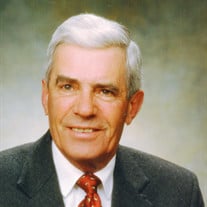 Mr. Roy McLean of Pekisko, Alberta passed away peacefully with family at his side at the Vulcan Extendicare on March 18, 2019 at the age of 79 years. Roy is survived by his loving wife Lenore; sons Mike (Lee), Tim (Chantal), and Joe (Meghan); siblings Shirley, Lorna (Tom Poole) and Don (Kathy); grandchildren Duncan, Iain, Cait (Lee), Sam, Will, Grace, Joey, Ellie and Roy as well as numerous nieces, nephews, great nieces and great nephews. Roy was born in Bath, New Brunswick on May 28, 1939 to Rex and Daisy McLean. In 1942 his Great Uncle, Dean Pritchard brought the young family west to help out with his ranch in the Pekisko area. He attended Springdale School just east of the home ranch quarter, High River High School and graduated from Olds School of Agriculture. Roy met Lenore Bews while riding in the High River Parade. The best dressed “cowboy” and “cowgirl” were married on October 28, 1959 and raised three boys on Stimson Creek Ranch. Roy’s father Rex passed away suddenly in 1967 and Roy stepped up to be patriarch of the family helping his mother and siblings while running the family ranch. His brother Don became a partner in the business in 1978. Roy guided the family ranch through the economic chaos and drought of the 1980’s as well as the changing fabric of agriculture during the 1990’s and 2000’s. On his 66th birthday Roy was forced into retirement after being severely injured doing what he loved. He was able to recover to enjoy time at home and his community before moving into extended care in 2017. Roy was an active member of his community. He loved music and singing. Household parties weren’t complete until he led his spirited rendition of “On Top of Old Smokey”. Roy’s community involvement included the “Longview Players”, 4-H, Alberta Cattle Commission delegate and serving on local boards and committees. Roy was a founding member of the Friends of the Bar U Historic Ranch Association and was one of the key players in the creation of the headquarters of the ranch becoming a National Historic Site. He was elected an MD of Foothills Councilor in 1989 and served as Reeve from 2000 until his retirement in 2010. Roy has received numerous awards for his community work including the Alberta Centennial medal he was awarded in 2005 for his outstanding service to the people and province. In 2017 the Calgary Stampede and BMO Farm Family Awards recognized Roy and Lenore McLean for their outstanding contribution to agriculture in their community. If desired memorial donations may be made to the High River District Health Care Foundation (560 – 9th Ave. SW, High River, T1V 1B3) or the Vulcan Extendicare (Box 810, Vulcan, Ab, T0L 2B0). A Funeral Service was held on Thursday, March 28th at 1:00 p.m. at the Highwood Memorial Centre in High River (128 – 5th Ave. W). To send condolences and view Roy’s Tribute Page please visit www.lylereeves.com . Caring for the family is Lyle Reeves Funerals of High River (Craig Snodgrass) 403.652.4242.

Mr. Roy McLean of Pekisko, Alberta passed away peacefully with family at his side at the Vulcan Extendicare on March 18, 2019 at the age of 79 years. Roy is survived by his loving wife Lenore; sons Mike (Lee), Tim (Chantal), and Joe (Meghan);... View Obituary & Service Information

The family of Mr. Roy Randolph McLean created this Life Tributes page to make it easy to share your memories.

Mr. Roy McLean of Pekisko, Alberta passed away peacefully with...