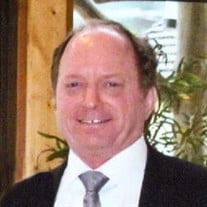 Sheldon Reid of Calgary, Alberta tragically passed in an accident that also took the lives of his good friends Ken Gellatly and Jim Prentice outside of Kelowna on October 13, 2016. Sheldon will be lovingly remembered by his son Dylan Reid; parents Orme and Shirley Reid; brother Doug (Leslie) Reid, sister Lauree (Bob) Fox, brother Kelly (Marcelle) Reid, brother Vaughn (Suzanne) Reid, sister Paula (Gerry) Duke, and sister Nerissa Reid. Sheldon is also survived by many nieces and nephews: Paul Reid, Siobhan Reid, Olivia Reid, Bobby (Ali) Fox, Raquel (Jeff) Mullen, Natalie (Jordan) Smith, Emily Reid, Blaze Reid, Kelly Duke, Reid Duke, Tel Duke, and Eliza Reid as well as great nephews and nieces Kaden and Rory Mullen, and Ella and Shea Grace Smith. Sheldon was predeceased by grandparents Walter & Jennie Reid and Holly & Ella Dunphy. Sheldon grew up in the Sinclair, Manitoba area until he was 13 years old and moved with his family to Calgary. Along with his brothers, he enjoyed playing competitive hockey and baseball, making many lifelong friends along the way. After graduating from Ernest Manning High School, he went on to become a proud graduate of the University of Saskatchewan with an Economics (Honours) degree and then continued his education at the University of Oklahoma where he completed his Masters in Business Administration (MBA). In 1984, he returned to Calgary to begin a lengthy business career, serving in executive roles in various companies in the energy and technology sectors. Sheldon was an avid golfer, investor, and businessman. He travelled extensively for his work and enjoyed telling stories from his times in the international business community, whether in China, Brazil, South Korea or South Africa. Sheldon’s true passion was the capital markets; he was a natural trader, a man whose knowledge of investing exceeded conventional education or anything that could be taught on a trading floor. At the same time, Sheldon was a man of incredible generosity; his deepest cares ran toward his family and his loved ones. His resources - both tangible and intangible - were often spent on the people closest to him, as he was always doing what he could to give his loved ones incredible personal experiences, a better standard of life, or a better business. Sheldon’s biggest source of pride was Dylan James Sheldon Reid, his only son and a man whose passion Sheldon tried to imitate throughout his life as a father. A Memorial Service was held at Eden Brook Memorial Gardens and Funeral Home on Wednesday, October 26, 2016. - 24223 Township Road 242, Calgary, AB T3Z 3K2 (Lower Springbank Road and 17th Avenue SW). Memorial Donations can be made to the Parkinson Society of Alberta; #102, 5636 Burbank Crescent SE, Calgary, AB T2H 1Z6 www.parkinsonalberta.ca To send condolences and view Sheldon's Tribute Page please visit www.lylereeves.com. Caring for the family is Lyle Reeves Funerals of High River. 403.652.4242.

Sheldon Reid of Calgary, Alberta tragically passed in an accident that also took the lives of his good friends Ken Gellatly and Jim Prentice outside of Kelowna on October 13, 2016. Sheldon will be lovingly remembered by his son Dylan Reid;... View Obituary & Service Information

The family of Mr. Sheldon Dunphy Reid created this Life Tributes page to make it easy to share your memories.

Sheldon Reid of Calgary, Alberta tragically passed in an accident...