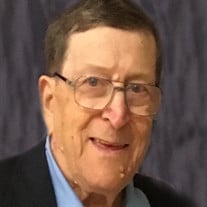 Mr. Sydney Barton of High River, Alberta passed away at the High River Hospital on November 23, 2018 at the age of 83 years. Syd is survived by his loving wife Karen; his children Nancy Barton, Terri (Perry) Andersen and Jamie Barton; grandchildren Lindsay Knight (Kevin Knight), Amy Donald (Josh Donald), Karalee Fox (Layne Fox), Jaymus Scheiris (Alysha Hay) and Tate Barton. Great grandchildren Colin and Lydia Knight, Neela and Trayden Donald, Sydney and Adelaide Fox and Madelyn and Rylee Hay Franklin. Not to forget many nieces and nephews from both sides of the Barton and Archibald Families. Syd was predeceased by his parents Percy and Ida Barton, his siblings and their wife’s Percy and Margaret Barton, Walter Barton, Arthur and Irene Barton and Alan and Anne Barton as well as his daughter-in-law Jill Barton. Syd was born in Unger, Saskatchewan in 1935 and grew up while his parents farmed the land in that area, in his early teens the family moved to Stavely Alberta were the family worked together providing various services to the community. In his teens, Syd opted to help the family by venturing off to Tech trade school (now SAIT) to obtain and education in Electronics which serviced him well for the remainder of his working life. He worked on various projects in the north including the Alaskan Pipe Line and later started working closer to home with General Electric which he worked with for 27 years. Syd enjoyed active community involvement. At a young age he started with Active 20/30 service club and then later the High River Shadow Club. He was involved with the High River Cub Scouts organization and was a member of the High River Legion. Syd had his pilots’ licence for many years, was a Ham Radio Operator, enjoyed his vegetable garden, golfing, the stock market, playing poker or cribbage and most of all spending time with his family… especially his grand and great grandkids. He loved his family! Many will miss his big smile, his gentle demeaner and his dedication to his community and his family. If desired Memorial Donations may be made to Tate’s Lemonade Stand (c/o: The High River Hospital Foundation – 560 9th Ave. SW, High River, AB, T1V 1B3). A Celebration of Syd’s Life was held on Wednesday, December 5th at 2:00 p.m. at the High River United Church. Caring for the family is Lyle Reeves Funerals of High River (Craig Snodgrass) 403.652.4242.

The family of Mr. Sydney Barton created this Life Tributes page to make it easy to share your memories.

Mr. Sydney Barton of High River, Alberta passed away at the High...