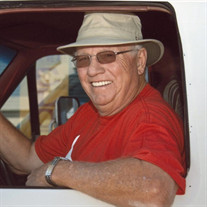 Mr. Terence Edwin Atkinson of Nanton, Alberta passed away at the High River Hospital on December 3, 2021 at the age of 82 years. Terry was born at the Nanton Hospital June 11, 1939 to parents Tom and Nellie Atkinson. He was the first of his siblings to be born in a hospital, and was the only son. He had four older sisters: Molly, Mrs. Stanley Scarlett; Shirley, Mrs. John Hay; Doris, Mrs. JR Blake; and Nina Lucy, Mrs. Ed McArthur, all of whom have predeceased him. The family wasn’t completed until Terry’s baby sister, Anita, Mrs. Doug McCully was born. Anita survives Terry, as do many nieces, nephews and their children. Also surviving Terry are his 3 daughters and their families. Kelli, Mrs. Larry Robley; their eldest son, Tanner, his wife, Lacey, and their 3 boys, Tucker, Lawson and Ty, all of Sylvan Lake; Kelli and Larry’s second son, Logan and partner, Sara of Vernon; Terry’s second daughter, Robyn Wilson and her son Cole of Calgary; Terry’s youngest daughter, Danee Atkinson, and her partner, Graham Fox of High River as well as Graham’s daughter, Alexie. Terry is also survived by the mother of his daughters, Joy Eld of Nanton, AB. Also left to mourn Terry’s passing is his wife of 22 years, Patty, as well as her daughter, Kaye and Trevor Moran and their girls, Emily and Ryann of Edmonton. Terry was a proud Nantonite, and a great supporter of his community. He owned and operated a tire shop for 47+ years, retiring in Feb. of 2018 when he sold to his great-nephew. He not only considered those who came to his shop as customers, they were valued friends. He was proud to say he built his business on service. Terry’s community involvement included being the charter president of the Nanton Promoters; serving on the MacLeod Savings and Credit Union board of directors as vice-president and president; being on the volunteer fire and ambulance service from 1961-1984; serving on the Nanton Golf Course board of directors at two separate eras in his life, the last time as president. He was a member of the Nanton Economic Development Committee, Nanton Main Street Committee, Nanton Community Bus Society, Nanton Legion, as well as being on the committee that planned Nanton’s first Roundup Days that took place in 1967 in recognition of Canada’s centennial. Although he wished he would have known how much fun retirement would be, he did enjoy many cruises, trips to Hostfest in Minot, ND, old time music jamborees, and several winters in Yuma, AZ. Terry’s real passion was in searching for a “deal”, buying and selling a multitude of vehicles. He would readily admit he owned too many vehicles at any one time. One of his last projects was creating a book to document the vehicles he could remember owning and licensing throughout the years. This numbered around 125. He will be missed by numerous friends, but he will be greatly missed by his family! Memorial donations may be made to the Nanton Community Emergency Fund (Box 1182, Nanton, AB T0L 1R0) or the Nanton Handivan Society. A Celebration of Terry's Life was held on Saturday, December 11th at 2:00 p.m. at the Nanton Community Centre. The service video is now available on Terry's Tribute Page. Caring for the family is Lyle Reeves Funerals of High River (Craig Snodgrass) 403.652.4242.

Mr. Terence Edwin Atkinson of Nanton, Alberta passed away at the High River Hospital on December 3, 2021 at the age of 82 years. Terry was born at the Nanton Hospital June 11, 1939 to parents Tom and Nellie Atkinson. He was the first of his... View Obituary & Service Information

The family of Mr. Terence Edwin Atkinson created this Life Tributes page to make it easy to share your memories.

Mr. Terence Edwin Atkinson of Nanton, Alberta passed away at...