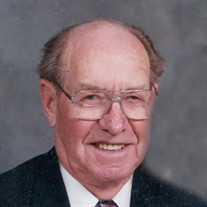 Mr. Art Belsher of High River, Alberta passed away at the High River Hospital on December 31, 2014 at the age of 93 years. Dear father to his son Gordon (Charlene) Belsher of PEI and daughter Carolyn (Jim) Mulholland of High River. Grandfather to cherished grandchildren Savannah (Todd), Siobhán, Kelsi, Shayla, and Brett. Art was the 6th child out of 16 and is also survived by his siblings Frances Shattuck, Ursula Donaldson, Hubert Belsher, Doris Ruscheinski, Kenneth Belsher, Donald Belsher, Margaret MacKenzie, Gwendolyn Dods and Douglas Belsher. Art was predeceased by his parents William and Maria Belsher and siblings: Nita Daniels, Charles Belsher, Evelyn Hamilton, Mary McEachern and Lawrence Belsher. As a young man, Art was very good working in the field and driving horses. He helped his dad seeding and cultivating on the family farm in McCord, Saskatchewan from age 11. He joined the Royal Canadian Air Force in 1939 at the age of 18, and went overseas for 2 years as an airframe mechanic. He remustered as a pilot, coming back to Canada in 1943 for training in Yorkton, Saskatchewan. While home on embarkation, they granted him extended leave because of rumors that the war was about to end. After the war, Art began trucking in southern Saskatchewan hauling cattle and oil products as Belsher’s Transport. Art joined his brothers Merv and Ken forming Belshers Limited in 1952, and moved his family to Calgary. He moved again in 1954 to run the Edmonton division of the trucking business. Belsher’s Limited was very successful and was eventually sold in 1962. He married Martha Klein (Martie) on September 10, 1947 and they lived in McCord, Saskatchewan. On October 22, 1950 they had a son, Gordon Arthur, who now resides in Prince Edward Island. After a six week family road trip to Mexico, Art then began with Crosstown Motors in Edmonton as a salesman. He sold cars, and eventually moved on to truck fleet sales. He was consistently one of the top Canadian salesmen for Chrysler, and earned many travel bonuses to international sales conventions in North America and the Caribbean. In March of 1964, Art and Martie adopted their daughter Carolyn June,who was born on February 23, 1964. She was his pride and joy for the rest of his days. Art was an avid golfer, and a busy curling skip throughout his life. He continued to reside in Edmonton until a move to High River in 2007. A Celebration of Art’s Life will be held on Saturday, February 14th at 11:00 a.m. at the Highwood Golf & Country Club (400 7th Street, High River). If desired memorial donations may be made to the charity of the donor’s choice. To send condolences and view Art’s Tribute Page please visit www.lylereeves.com . Caring for the family is Lyle Reeves Funerals of High River (403.652.4242).

The family of Mr. Thomas "Art" Belsher created this Life Tributes page to make it easy to share your memories.

Mr. Art Belsher of High River, Alberta passed away at the High...