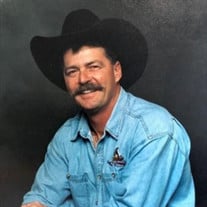 Mr. Bill Brown of High River, Alberta passed away at the Oilfields Hospital in Black Diamond on December 7, 2020 at the age of 62 years. Bill is survived by his spouse Mary Lou; children Jordy, Megan, Kelly, Kailey, and Becky; sisters Shelly (Steve) and Marilyn (Colin), and families; and brother Les (Tanya) and family. Bill is predeceased by his parents Albert and Kate and stepfather Jack. Bill was born in McCreary, Manitoba on August 30, 1958 where he was raised on his family’s farm in Alonsa, Manitoba. After high school, Bill obtained his Journeyman Carpenter certification and began his career to become an excellent carpenter. He lived in Thompson, Manitoba for many years until moving to High River, Alberta in 2002. Bill’s work can be seen in many places all over Western Canada, including many Northern, remote communities. He worked on projects like the Alberta Children’s Hospital, Calgary International Airport expansion, and Calgary South Health Campus General Hospital – just to name a few. Bill had tremendous pride in his work where he led and mentored many crews as a General Foreman, treating everyone with the upmost compassion and respect. Bill made a beautiful home for him and Mary Lou and their family, where they enjoyed their acreage and embraced the country lifestyle. When not working, Bill spent his time riding the hills on his horse Riley; he had an innate ability to connect with his horses. He loved exploring the Kananaskis trails with his riding partner Mary Lou, taking in everything the mountains and beautiful scenery the area has to offer. He enjoyed fishing, hunting, riding his tractor, building on and improving his home, travelling the world, and spending time with his family. Bill will be remembered for being a loving partner and best friend and being a solid role model for his children. He was a kind, patient, and gentle man who expected nothing more than a good conversation from those he met. Although Bill has departed from this earth to join his Creator he will be missed more than words can possibly say. He will be loved forever. Billy, remember to leave the gate open until we meet again. Our hearts and spirits are always with you – as you are with us. Due to the current health restrictions no service will be held. A blessing will be held at a later date, when possible, to complete Bill’s journey. If friends and family so desire, memorial tributes in Bill’s name may be made direct to the Alberta Cancer Foundation. Caring for the family is Lyle Reeves Funerals of High River (403.652.4242).

The family of Mr. W. Bill Albert Brown created this Life Tributes page to make it easy to share your memories.

Mr. Bill Brown of High River, Alberta passed away at the Oilfields...