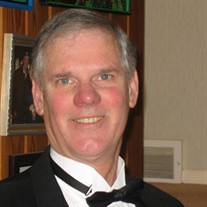 Mr. Michael Hornburg of Calgary, Alberta passed away peacefully, surrounded by his family and friends at the Rockyview Hospital on March 24, 2018 at the age of 67 years. Michael will be dearly missed by his daughter Rachel (Tyler) Herbert, grandchildren William and Avery, and his loving partner Susan O’Shea. Michael is survived by his American family, father Murchel (Beverly) Hornburg of St. Louis, MO; siblings Jane Rund, Jim Hornburg, David (Dona) Hornburg, Rose (Andy) Bingham, Joseph (Kayla) Hornburg and many nieces and nephews. He is also survived by an extended family of inlaws and outlaws including: Dave (Cindi) Loree, Mavis (Gordon) Moon, Lance (Toby) Loree and all the nieces, nephews, and cousins. Michael was predeceased by his mother Margaret Hornburg of St. Louis, MO, his ex-wife Linda Loree, and his beloved son Cpl. Nathan Hornburg, KIA Afghanistan, 2007. Born in Sikeston, MO the eldest of six children, Michael attended St. Louis University High School (SLHU) and studied journalism and library sciences at the University of Missouri. In 1973, while travelling in Europe he met his future wife, Linda Loree. They settled in Calgary, AB where he began his long career as a courier with Monarch Messenger. Calgary became his hometown where he raised two children, developed an extensive network of friends, and pursued a variety of interests. He was a founding member of the Calgary Waldorf School, a competitive squash player, cross-country runner, little league baseball umpire, and minor hockey coach. He was briefly a massage therapist and a commercial fisherman in Alaska. Exceptionally intelligent and a prolific writer, he was well-spoken and well-read, his home library competed for space with his massive collection of houseplants. The walls of his home of 37 years reflected his zest for life and family. The art collection expanded to include floor-to-ceiling family photos, and his own paintings— vibrant, colorful, and expressive. Never one to do things by halves, everything Michael undertook, he did to the nth degree: He didn’t just go for a bike ride, he cycled to Missouri in 17 days. A walk could take him from Fort Calgary to the Midway Ranch at Nanton, AB. The St. Louis Cardinals weren’t simply his favorite baseball team, they were his religion! This passion for the things he loved extended to his children and grandchildren. He was happiest at the ranch “grand-parenting” the “cutest kids in the world.” In 2007, Michael suffered an unimaginable loss when his son, Nathan, was killed in Afghanistan. This deepest of tragedies was transformative. Formerly a private person, Michael became a spokesperson for the civilian experience. He wrote and spoke eloquently and candidly at every opportunity. He became a peer support counselor for families of the fallen through the HOPE organization. He also instigated and organized an annual memorial run, “Loops for the Troops.” Over 8 years this initiative raised approximately $600,000. The funds went to various charitable organizations in support of serving military, veterans, first responders, and their families. Michael lost a son to war, but gained a genuine and esteemed military family. Fittingly, his full life ended with a long walk with an epic conclusion. In September 2016 he hiked the Camino De Santiago in Spain. This pilgrimage commemorated the ninth anniversary of his son’s death. It was the trip of a lifetime, full of new friends, spiritual reawakening, and a feeling of connection with Nathan. Upon completing the 800km walk, while still in Spain, he suffered a series of seizures that revealed a brain tumor. Ironically, for one so full of words and expression, the tumor took away his ability to speak and write, however it didn’t diminish his capacity to communicate. Michael’s last year was spent in his home surrounded by a steady stream of loving friends and family. He was overwhelmed and uplifted by the outpouring of support and generosity. Through his actions, in his heart, and on his tattooed arms, he truly espoused the regimental mottos of Arte et Marte, Perseverance, and Onward. If desired memorial donations may be made to the Calgary Military Family Resource Centre at www.calgarymfrc.ca . A Celebration of Michael’s Life was held at St. Stephen’s Anglican Church in Calgary (1121 14 Ave SW) on Friday, April 6, 2018 at 2:00 p.m. To send condolences and view Michael’s Tribute Page please visit www.lylereeves.com . Caring for the family is Lyle Reeves Funerals of High River (Craig Snodgrass) 403.652.4242.

Mr. Michael Hornburg of Calgary, Alberta passed away peacefully, surrounded by his family and friends at the Rockyview Hospital on March 24, 2018 at the age of 67 years. Michael will be dearly missed by his daughter Rachel (Tyler) Herbert,... View Obituary & Service Information

The family of Mr. W. Michael Hornburg created this Life Tributes page to make it easy to share your memories.