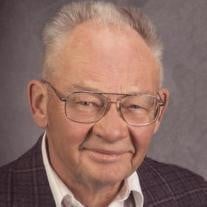 Albert Walter (Wally) Geres , 74, passed away peacefully at the High River Hospital on September 21, 2011. Wally was born to Valentine and Ilene Geres in Gravelbourg, Saskatchewan on July 9, 1937. After finishing grade 12 in Gravelbourg, he enrolled in Teachers College in Moose Jaw, Saskatchewan. His first teaching position was in Maryfield, Sask , but it was at Bryn Mawr School where he met the love of his life Gayelle Foster. While there he coached several sports teams, track & field and directed an all girls high school choir. Wally and Gayelle would be married July of ’66. In 1968, he graduated from the University of Regina with a Bachelor of Education and he and Gayelle made the big move to Rocky Mountain House where Wally taught English and French. After one year, they would move to High River, where he taught English, French and Drama at Senator Riley High School and also taught in Vulcan. While in High River, Wally was one of Windmill Theatre Players founding members. He thoroughly enjoyed being both on and off stage. He was very active in the community, whether it was coaching ladies slo-pitch, his boys hockey teams, or daughters fastball team. He enjoyed refereeing football games, serving on the Scouts Canada Group Committee, and his involvement in church. In 1983, Wally moved on from teaching to pursue his professional interests in sales, cooking, hotel maintenance and other activities according to his interests. He was also a Returning Officer for several elections in Highwood and Macleod. Grandpa enjoyed camping, fishing, Saskatchewan Roughrider and Calgary Flames games,spending time with his grandchildren: teaching French to Delaney, getting up early to have a Cheerios breakfast with Kinley, cheering on Clayton at the dinner table (atta-boy!!) and having Stella cuddle and snuggle on Grandpas lap. He is survived by his loving wife of 45 years Gayelle, son Jason (Kylie) of Warners Bay, Australia, son Tyson of Calgary and daughter Christy (Tony) of Calgary. He is also survived by 4 loving grandchildren, Stella and Clayton Geres of Australia and Delaney Montgomery and Kinley Gray of Calgary; sister Margaret Schmidt (Bruno, SK); Brother in law Donald (Myrna) Foster (Earl Grey, SK); brother in law Archie (Margaret) Macdonald (Strasbourg); sister in law, Gloria (Stu) Clifford (Regina);cousins; numerous nieces and nephews, great nieces and nephews, and close friends. Wally was predeceased by his father, Valentine Geres; mother, Ilene Geres; brother Bill Geres; mother and father in law, Ernie and Doris Foster; Sister in law, Dorene Macdonald; Brother in law, David Schmidt, and grandson, Carter Gray. If desired, in memory of Wally, memorial donations may be made to the 1st High River Scouts www.scouts.ca or the Abbeyfield House www.abbeyfieldhighriver.ca . A Private Family memorial service will be held at a later date.

Albert Walter (Wally) Geres , 74, passed away peacefully at the High River Hospital on September 21, 2011. Wally was born to Valentine and Ilene Geres in Gravelbourg, Saskatchewan on July 9, 1937. After finishing grade 12 in Gravelbourg,... View Obituary & Service Information

The family of Mr. Wally Geres created this Life Tributes page to make it easy to share your memories.

Albert Walter (Wally) Geres , 74, passed away peacefully at the...