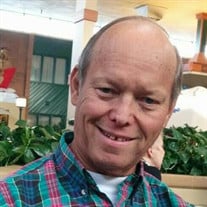 Wayne Alexander Moore passed away on December 8, 2019 in comfort and dignity at Foothills Country Hospice at the age of 72 years after an extended battle with kidney and heart issues. Wayne was born to Thomas and Loraine Moore December 30, 1946 in Provost, Alberta. He lost his father at a young age and was raised by Loraine, along with his two brothers Art and Robbie. In High River, Wayne attended school at Spitzee and graduated from Senator Riley High School. In 1964 Wayne attended the University of Calgary to study Dentistry but quickly realized that it was not his dream career. The Faculty of Commerce was willing to accept all of his first year courses, so Wayne quickly transferred and fortunately discovered a talent and love for accounting. He even more fortunately discovered the love of his life, Sylvia, at the U of C Engineers and Nurses dance. After graduating in 1968, Wayne accepted a position articling with Touche Ross and on July 26, 1969 he and Sylvia were married. A move back home to High River with their growing family soon followed and in 1973 Wayne became a partner in Caukill, Moore and Coakwell. In 1977, Coakwell Moore (later Catalyst LLP) was formed and Wayne was a proud partner in the firm until he retired in 2000. He was a respected business leader, known for his work ethic, integrity and expertise which he shared as a volunteer with the Institute of Chartered Accounts of Alberta and as a member of the Tax Advisory Committee for Revenue Canada. A kind and generous man, Wayne excelled at serving and supporting others, especially his very fortunate children, family and friends. He gave freely of his time and talent to a wide variety of causes and service organizations including the Active 20/30 Club, Rotary, the High River District Health Care Foundation and the Highwood Memorial Centre Board. Wayne enjoyed swimming, golfing, skiing, camping, bridge, travelling and especially enjoyed taking a break from the cold Alberta weather by escaping to Rancho Mirage, CA with Sylvia each winter. Besides his loving wife Sylvia, Wayne will be sadly missed by his children, Andrew Moore (Rachel), Shannon Mattsson (Thomas) and Jennifer Livesey-Moore (Andrew) as well as his grandchildren Julia, Eliza and Helena Moore, Elias Mattsson, and Gemma and Tristan Livesey, his brother Art Moore (Liz) and an extensive circle of family and friends. Wayne was predeceased by his parents Tommy (1952), Loraine (1998) and his brother Robbie (1993) as well as his father-in-law Siggi Johnson (2001) and brother-in-law Tim Dolan (2013). Wayne and his family would like to sincerely thank Drs. Adam and Nancy Vyse, Dr. Greg Schnell, Dr. Garth Mortis, and all of the staff at the Sheldon Chumir and South Calgary hemodialysis units for their exemplary care over the years. A Celebration of Life was held at the Highwood Memorial Centre (128 5 Ave SW, High River, AB) on Wednesday, December 18, 2019 at 2:00 pm. In lieu of flowers, memorial tributes may be made to The Kidney Foundation, the High River District Health Care Foundation or the Foothills Country Hospice Society. Caring for the family is Lyle Reeves Funerals of High River (Craig Snodgrass) 403.652.4242.

Wayne Alexander Moore passed away on December 8, 2019 in comfort and dignity at Foothills Country Hospice at the age of 72 years after an extended battle with kidney and heart issues. Wayne was born to Thomas and Loraine Moore December 30,... View Obituary & Service Information

The family of Mr. Wayne Alexander Moore created this Life Tributes page to make it easy to share your memories.

Wayne Alexander Moore passed away on December 8, 2019 in comfort...